How Long Does Cocaine Stay in Your System?

Cocaine is a drug whose residual amounts and levels remain noticeable in the blood system for about 3-4 days after use. However, this may not be the case amongst persons suffering from addictions and uncontrolled use of the drug as it may stay even for longer. The residual effects might extend to a week or more. 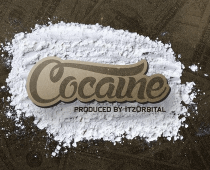 The residue levels of chemicals and drugs in the body are usually checked by measuring the plasma of the drug in the blood. Half-life is the amount of time required to reduce the volume of the drug used by half. Cocaine levels can be monitored by analyzing urine samples for residues of cocaine. Cocaine’s half-life is checkered by controlling its rate of elimination through the urine.

The rate of removal of the cocaine and its plasma have been analyzed and said to be:

Interestingly, the products of cocaine can be retained in the blood system for a longer time. This may take up to 15-50 hours to get rid of the metabolites entirely.

However, it has been found that the longer you are hooked on to the drug, the longer it will take to get rid of it from your body. These components may build up in the system in cases of continued use of the drug.

Whenever alcohol and cocaine are used together, the effects can be devastating. This leads to a chemical substance produced in the liver, which when circulated to all the body parts can lead to fatalities.

This toxic chemical compound has an even longer residual effect than any of the drugs used independently. The effect of the concoction is also far more dangerous than when cocaine is used on its own.

Ever wondered for how long cocaine can be detected in your system since the last usage. Well, this may depend on many factors that may affect the residue amounts retained. These factors include:

There are about five different methods of testing for the presence of the chemicals with each coming up with different results. The time taken to detect the product is dependent on the level of use of the drug.

If there is no rush to get the results, then the preferred method is urine testing. Urine analysis has a more broad approach to detecting the presence of the substance. However, in more urgent occasions, blood and saliva analysis is done though it these have a narrower field of search.

Blood testing is also preferred in times where a severe cocaine intemperance has occurred. This is usually because it can detect the condition instantly. An insight into the hair is typically the last result as it is more complicated and calls for more advanced equipment and skills.

After the intake of cocaine, it is transported by the blood system to the liver where it is metabolized. In this organ, it is broken down into smaller components that can readily be transported to all body cells and absorbed with ease. This breakdown makes its excretion easier.

The process of discharge is through regular urination. Upon metabolism of cocaine, a chemical compound known as Benzoylecgonine is usually released. This compound tests positive for cocaine and is often targeted when seeking to detect the presence of the drug.

How Long Do Cocaine’s Effects Last?

The time that cocaine remains active in the body system is dependent on the method used to enter the blood system. Various channels of administration have different residual effects.

The effects of the initial use of the drug are relaxing and cause pleasure, but this can change as time. These effects can change with time leading to more developed and long term ones on the various systems there are.

These are as a result of continued use of the drug. Long-term use of cocaine can lead to the following adverse health issues.

Hemoptysis may also occur. Scientifically, it can be described as the coughing of blo This begins with difficulty in breathing bod.

After years of being on to the drug, one may decide to put an end to those days. Getting rid of the adverse effects and urge to take the drug may prompt one to survey some the available options for the procedure to begin.

The process is gradual rather than instant, where the patients undergo treatment and mental therapy in an attempt to eradicate their dependence on the drug. The treatment process involves many processes that aim at reducing the residual levels of the drug components.

If you actively abuse cocaine and are ready to cut the drug and its adverse effects out of your life for good, you will want to start exploring your options for treatment and recovery. The process kicks off with detoxing all components of the drug, mental therapy, and training against returning to the old habit of drug use and abuse.