Tetany is a condition that is expressed by convulsions in the muscles and tremors. These movements are experienced rhythmically, and these continuous movements result in muscle fatigue and excruciating pain. The ailment can affect any part of the body that has a muscle.

The effect is different in as many muscles as there are, such as; face, hands and leg muscles. This condition can be experienced for long periods of time. Tetany is rampant amongst the population, regardless of their gender and ages. 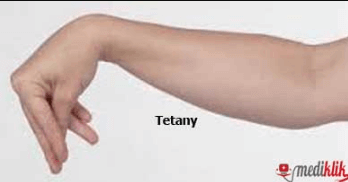 There are other factors that may lead to increased chances of catching the infection. Many of the cases diagnosed with the problem are attributed to a minimum threshold of calcium in the body.

Hypocalcemia is a condition that can be expressed by reduced amounts of calcium below optimal levels. However, there are many diverse causes that lead to the disease and whose effects are shown just as diverse.

Other than hypocalcemia, tetany can also be brought about by dehydration caused by serious diarrhea. Also, an infection of the kidney can result in the same. Other than these factors, any other condition that may cause the falling of calcium levels below the minimum threshold.

The condition can be caused by inflammation of the thyroid glands and pancreas. Other essentials nutrients that prove crucial to the state is vitamin D and lack of a balanced diet. However, the case is also rampant among people who have been prescribed with certain medications.

Tetany remains among the most mysterious of infections there are. Unlike other ailments where the signs and symptoms are known and well expressed, Tetany may cause the least of expectations.

An infection may bring overwhelming opinions as the condition is least known to patients and sometimes physicians. It’s an ailment that one can live with for some time with having a clue of the root cause or even the probable infection.

Just like any other symptom, Tetany can be quite challenging to deduce the primary cause of the problem. This means that it cannot be treated or addressed in any manner before coming up with the causative agent. It is only then that a doctor can prescribe the correct medication for the ailme

Tetany can be biologically explained as a result of the spontaneous activity of the neurons in the muscles. The increased activity leads to tightening of the muscle tendons resulting in excruciating pain. The pain may remain remotely in the hands and legs, but in classic cases, it may extend to other parts of the muscular system.

The extent of the problem can be shown by pain in the breathing system. Despite the proceedings being not as severe, a fatal case could lead to convulsions, agonizing pain, and failure of the heart. 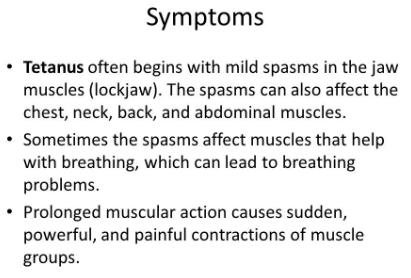 This muscle cramping and tightening are caused by lack of balanced electrolytes in the body. Such imbalances may lead to low levels of crucial minerals such as calcium, potassium, and magnesium causing the condition; hypocalcemia.

As if this is not enough, the levels of acidity are vital in determining the vulnerability to the disease. Extremes of either acidity or alkalinity may result in Tetany.

All these deficiencies are prompted to by certain factors. A good example is hypoparathyroidism. This is a disorder that is attributed to the failure of the body glands to secrete enough parathyroid hormone. In some occasions, this ends up in reducing the body content of calcium which gradually leads to tetany.

Other to parts dysfunction could interfere with the way, the body deals with the available minerals in the body. Such cases include failure of the pancreas and kidney to dispatch their duties as required. Tetany is also caused by reduced levels of proteins in the body.

Low levels of blood protein may also lead to reduced calcium. This is resultant in hypocalcemia. Blood transfusions among weak subjects could also end with same repercussions.

About the symptoms expressed by a patient, a doctor can successfully deduce the ailment as well as dig deep to determine the correct cause of the condition. Fighting the disease means treating it entirely that it won’t recur. The challenge can be tackled on the first-time basis by administering prescriptions to counter the correct the imbalances.

This is commonly done injecting doses of calcium directly into the blood stream where the levels are adjusted in time. However, the most recommended approach is to take oral supplements of both calcium together with vitamin D so as to address the problem comprehensively.

It is often due importance to come up with the root cause of the ailment before administering any curative process. This helps to come up with just the correct and customized treatment procedure. Especially in more severe cases, the measures to be taken must reciprocate the severity of the situation.

Such cases should include the discovery of tumors on the parathyroid glands. In the occasion that this is the cause of the tetany, then surgical procedures must be put in place.

The best way to defeat the condition is through early diagnosis. Whenever the condition has been detected early enough, due procedures can be put up and if followed to the letter, then the ailment will be averted for good.

It is therefore advisable too immediately seek the services of a doctor rather than taking mineral supplements once you observe signs similar to those of tetany. Early treatment averts any fatalities that come with advanced stages of the condition such convulsions, seizures and muscle pains.

There are many other symptoms that come hand in hand with Tetany. These are diverse according to the disease condition responsible for the illness. These include:

It is therefore of grave importance to watch out for the prevalence of any of the symptoms so as to ensure that it does not advance into fatality. Let you be informed that one should not take this condition lightly, but should be quick to get diagnosed and treated as soon as possible.