What Is Ischial Spine?

The Ischial spine as medically defined is a thin pointed triangular eminence that projects from dorsal border of the Ischium and gives connection to the gemellus superior on its external surface and to the coccygeus, levator ani, and pelvic fascia on its internal surface.

To clearly understand the context, Ischia is located behind the pubis. It is part of the pelvis bones that has a basin-shaped structure that supports the spinal column and gives protection to the abdominal and pelvic organs.

The Pelvis area is composed of 3 pair of hip bones mainly the ilium, ischium, and pubis that is fuse together in the acetabulum- the socket of the hipbone. 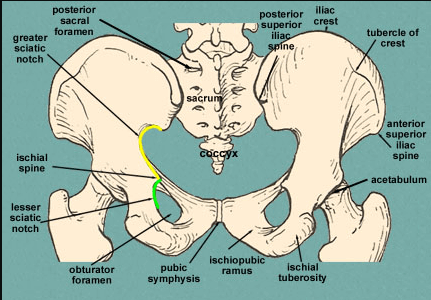 During labour, the fetal head station is estimated based on these ischial spines. Ischial spines tend to be smaller and appear rounder in their shape in women than they appear in men. By feeling for these spines, it helps to have an estimate of how the baby’s head may have progressed down the birth canal. 4

The ischial spine is that part that separates both the lesser and greater sciatic foramina at the point of exit within the body pelvis6.

In Obstetrics and gynecology field the ischial spine plays significant role in terms of localization and positioning. For the obstetrics the Ischial spine serves as a landmark for the station of the presenting part. Whereby, it is the area where the part of the baby leads the way through the birth canal.

While for the pelvic reconstructive surgery, the ischial serve as the anatomical landmark that provides the surgeon to locate and identify the sacrospinous ligament that is running from the ischial spine through the sacrum.

The ischial spine also serves as a landmark in the procedure of having pudendal anesthesia. Also known as the saddle block or the pudendal block, pudendal anesthesia is a type of local anesthesia that is used by obstetricians to help in relieving pain at time of baby delivery by use of forceps. The anesthesia is intended to block the action of the pudendal nerves found near the ischial spine thus preventing fainting when forceps delivery is being done. A pudendal block is administered within the second stage of a woman’s labour period just before the baby is delivered. It helps reduce pain around the rectum and vagina as the baby moves down the birth canal.6

Where to Feel Ischail Spines

The spines feel as bony prominences when you palpate inside the vagina at approximately a finger-length. When you press on ischial spines, it can feel uncomfortable for women.

What Is Ischial Tuberosity?

The ischial tuberosity also known as tuber ischiadicum or tuberosity of the ischium or commonly known as the sits bone is a large swelling posteriorly on the superior ramus of the ischium. It is situated in the lateral boundary of the pelvic outlet.

When human is sitting at rest, the maximum weight of him is placed on the ischial tuberosities. Whereby, it is covered by the gluteus maximus muscle when he/she is in upright posture.

It tuberosity injuries are commonly experienced by the sprinters, hockey players and soccer players. It occurs when the hip is forcefully flexed with the knee extended extremely, common with these as kicking, splits or hurdling. Tale note also that Ischial Tuberosity may experience by individuals who adopt to have a wrong posture during sitting or working for prolonged duration of time. 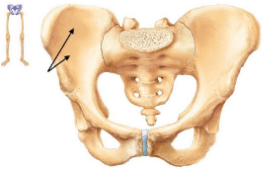 All of these activities caused a constant strain on the muscles of the legs. The injuries that the players experienced are typically caused by powerful eccentric or lengthening contractions between the hamstrings and adductors or by redundant execution of the muscles.

The persistent overload of these activities may results to injury, inflammation of the muscle and severe cases may lead to ligament tearing and muscle detachment.

The symptoms of the IT pain are describable as the “pain in the butt” as the injured individual experienced the pain he will feel a quick onset of pain, swelling and weakness. He will also suffer tenderness in the sit bone and eventually will have difficulty in walking and sitting for a prolonged period. 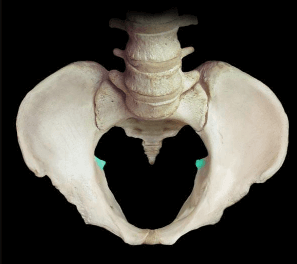 The treatments for the IT pain is often misdiagnosed as simple strain or pulled muscle. Therefore, seeking to health professionals is strictly needed. The injury usually heal within a consecutive therapy, but the injuries may still require surgery if it is on the severe stage or diagnosed incorrectly.

The faster the injuries identify and treated the less chance of developing chronic pain or taking risk.