What Is Little Man Syndrome?

Little man syndrome represents a condition with the inner complex due to ones short height. It is frequent in male population on certain public status or exhibit major functions in the community.

The inferiority syndrome repesents a complex behavioural disorder that is characterized by the presence of specific emotions and feelings in regards to an individual’s height. In such disorder, there is a rooted opinion that leads to the sense of insecuritiy due to short height of an individual .

Additional synonym is Napoleon complex that describes theory that is present in males with short stature. In such individuals, there is a higher level of aggresive or domineering behaviour present.

They are as well characterized with a sense of certain level of handicap and possible compensation in multiple spheres of their life.

Little man syndrome is most accurately described as the presence of phusical and psychological impairment – most commonly known as Napoleon complex. The most prominent characteristic of such syndrome is the presence of the inferiority complex that an individual is trying to substitute such short stature. 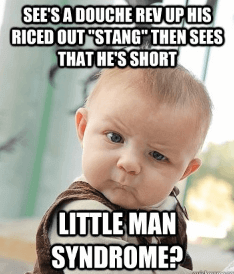 The most characteristic of Napoleon syndrome is the smaller height in male individuals. They are commonly perceived as aggressive, loud and talkative that require additional attention in order to prove themselves.

In such individuals the more frequent are risk taking behaviour and feelings of jelaousy.

In females, there is certain level of overcompensation behaviour with the need to be more superior than other female individuals. Such woman feels threatened by other females that is based just upon the estimations of the physical appearance. 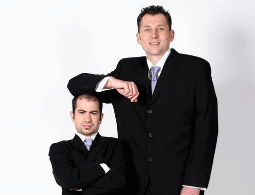 The term ‘’Napoleon complex’’ is based upon Napoleon Bonaparte. It was believed that he has been conducting tyrany, invasive forms of behaviour in order to minimize the disadvantages of their short posture.(1)

The most common cause of little man syndrome is the overcompensation of certain feelings. It is defined as the ego defense mechanisms according to Freud. It describes the hypotheisis in which an individual may protect themselves due to their negative perception of smaller height.

At the same time the lack of confidence regarding their height might cause them to try and distract from it by proving themselves able to ‘mix with the big boys’.

It as well has certain roots in the evolutionary psychology that is characterized by the mandatory survival as a racial attribute. Thus, it is the consequence of of the smaller individuals life and their inborn need to fight for female spouses and food.

In such individuals there is a higher incidence of certain diseases and accidental injuries. Males with little man syndrome are more prone to start the offence towards another individuals.

In order to be noticed, such individuals show more actions in regards to acquiring more attention from other individuals. The causes of such behaviour are the need to overcome their insecurity and low self-esteem.

Reseaches have concluded that in such individuals there is a higher possibility of aggressive behaviour and fighting with others. There are contradictory conclusions in regards to their social behaviour, at some point they may be more introvert and quiet.

There are several appoaches in the treatment of such disorder. The most important is to adequately diagnose the condition and apply effective treatment. It is necessary to resolve the rooted opinion that their short height is the barrier towards more functional and productive life.

Thus, it is necessary to change the pattern of behaviour in such individuals. The most commonly applied is cognitive behavioural therapy in order to establish new patterns of life control and flexibility.

It is neccesary to have arranged consultations with the occupational therapist. Thus, such therapy would lead to better understanding of certain obstacles in social behaviour as well as the best approach in changing them.

It is necessary to adopt positive thinking and to minimize the impact of negative perception of negative traits of the shorter height.

In the individuals with shorter height there is a higher percentage of muscles. Reflexes are far better in those individuals which is of great benefit and considered as an advantage in some instances.

It is neccessary to establish the pattern of behaviour in order to adapt the feeling of inferiority and the sense of a superior impact of an other individual. In case of such impairment, it is recommended to adopt different approach when dealing with other individuals.

But, in most individuals there is a need to redefine their perception of the inferior peception of themselves. (2)

Nowadays, there are ortophedic measures and products that may compensate such short height (special shoes that will uplift heels for approximately 2-3 inches). Such measures will produce more confident behaviour and better social interactions.

Addiitonal measures involve the adoption of regula physical activities that will uplift ones confidence and create better self-image.

In order to change the perception and negative self image of oneself it is necessary to change certain mental processes.

It is noted that self-image may be of great impact on the individuals sense of their potential capabilities. The actions, feelings, behaviour and capabilities must be in balance with the ones self-image. 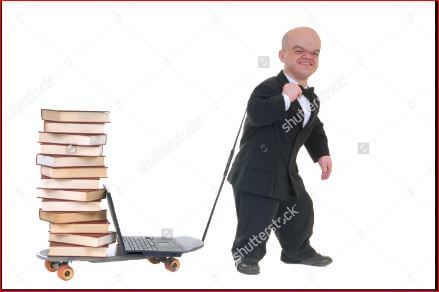