What Is Uterine Ablation?

The procedure is not considered a surgery, therefore, you will not have any incision or cut in your body. A doctor uses small tools that are put through the vagina to access the uterus and remove the lining tissue.

The aim of having this procedure is to stop or minimize heavy bleeding that occurs to some women – this bleeding is related to the menstrual periods, though at times it may occur due to other underlying issues. The procedure may only be performed on women who plan not to have children.

When the procedure is conducted, the uterine wall or endometrium heals by scarring, something that prevents or reduces bleeding of the uterine. The procedure may be performed in an outpatient facility or even at the doctor’s office. It takes just about 45 minutes and a local, general, or spinal anesthesia may be used. 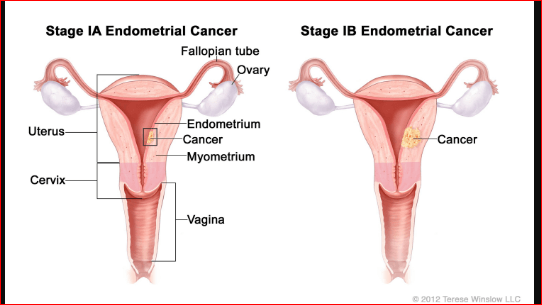 Why Do You Need Uterine Ablation?

The purpose of having this procedure is mainly to control heavy and prolonged bleeding of the uterine. The endometrium ablation may be an option for women who:

A woman may decide to have uterine ablation if they have prolonged or heavy uterine bleeding and periods. The procedure may also be considered if a woman has abnormal uterine bleeding occurring between periods.

Sometimes, the bleeding could be too heavy that it interferes with the daily activities or causes a person to be anemic or have low blood count. Heavy bleeding may be termed as one that compels you to change sanitary pads and tampons every hour. In case of long periods, these are the ones lasting for more than seven days.

There are various causes of abnormal menstrual bleeding and they include:

This is a method in which a doctor uses electric current allowing it to travel through a rollerball or wire loop. When the current is directed to the uterine lining, it destroys it.

In this method, a thin tube called catheter is put into the uterus. The thin tube or catheter has a balloon fixed at the end and that balloon is filled with fluid and heated. The heated fluid is the one that is used to destroy the uterine lining.

This technique uses heated fluid. The fluid is pumped right into the uterus thus helping destroy the lining.

In this method, a doctor uses a probe containing cold temperatures. The probe freezes the lining.

Microwave energy is send through a thin probe helping destroy the uterine lining.

Some endometrial ablations may be done with use of a hysteroscope. The tool allows the doctor to view the inside of the uterus. A camera may be attached to the tool to take and record images.

Why Childbearing Women Not Suitable For Procedure?

The reason why you may not be a good candidate for uterine ablation if you’re a childbearing woman is that; you may not be able to get pregnant. The endometrial or uterine lining is the location where the egg implants after it has been fertilized. Therefore, when uterine wall is removed, it means that a fertilized egg cannot implant.

Pregnancies occurring after having uterine ablation are usually not normal and it is essential that you consider using an effective birth control. The thing is, even if the egg cannot implant on the wall, you still have the reproductive organs in place.

How to Prepare for Uterine Ablation?

Before you undertake the procedure, a doctor will have a consultation session. During the appointment, you will learn the benefits and disadvantages of having this procedure. The doctor will tell you whether you need endometrial ablation, or other treatment options are desirable.

If it happens that you will have the uterine wall removal done, then you need to prepare for it. Here are things that will help you get ready for the ablation:

Your doctor will take the initial step of explaining the procedure. At this point, you should ask questions regarding the uterine ablation.

A consent form will be provided by the doctor. This form is intended to give permission to the doctor or healthcare provider to perform the procedure. Don’t sign the form blindly, make sure you know what the clauses in the form ask for and everything is clear. Should you feel that there is something you don’t understand, don’t shy away, ask! 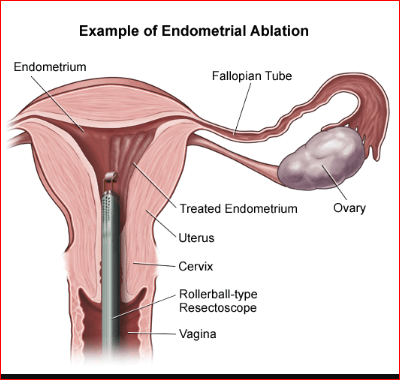 While the doctor performing this procedure will have evaluated all the risks and ensure that they are minimized, it is important that you know them. There are possible complications that may arise after you have had endometrial ablation and they include:

After the procedure, you are likely to experience the following:

You may see water discharge that is mixed with blood. This may take place for a couple of weeks. This discharge tends to be heaviest during the first few days and subsides with time.

After having the surgery, you may experience menstrual-like cramps that last for a few days. During this time, you may want to take medication that relieve cramping such as acetaminophen or ibuprofen.

It is likely that you will experience the need to pass urine frequently, especially in the first 24 hours following the uterine ablation.

After having the procedure, it will take about a few days or two weeks to recover. Patients who have this procedure can go home same day. It may take some months to see results of the procedure. One thing you need to recognize is that uterine ablation is not considered a sterilization procedure.

Therefore, you will need to use any contraceptives because if you become pregnant after this procedure, something that is likely to happen, it may be hazardous or could end up being a miscarriage.

In some cases, endometrial ablation may stop bleeding or minimize it, however, this is not usually the first line of intervention because there are more lenient alternatives, especially minimally invasive procedures.

Endometrial ablation may work for some women, however, there are cases where women who have had the procedure have found themselves with recurrence of heavy bleeding.

It’s not always possible to predict the long term outcomes of this procedure. Another aspect is that having uterine ablation may mask endometrial cancer sometimes later in life because it takes away spots in the endometrium that would indicate abnormal cell growth.