What is Treacher Collins Syndrome?

The typical characteristics are a small lower jaw (micrognathia), downward slanting eyes, the drooping section of the lateral lower eyelids, malformed or absent ears and underdeveloped zygomatic bones among others. However, these characteristics vary from one affected person to another and they can lead to breathing, seeing or hearing related problems.

It is named after an English surgeon and ophthalmologist called Edward Treacher Collins who first explained its essential traits in 1900. 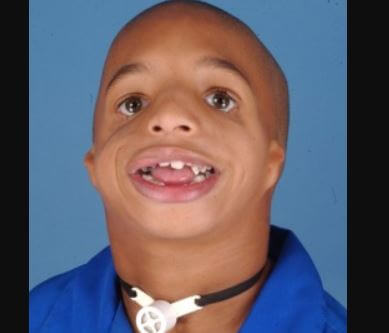 The Treacher Collins Syndrome is often caused by a mutation in TCOF1 gene, which accounts for 81 to 93% of the cases, but can also be as a result of POLRIC or POLRID mutations, which account for 2% of all cases. All these mutations involve genes in the development of the ribosomes assembly as well as pharyngeal arches, which make the syndrome a ribosomopathy.

The genetic cause of the syndrome is unknown in individuals who have an unidentified mutation. Though imaging can be employed to determine specific symptoms, TCS is normally diagnosed through physical examination.

Since the syndrome is incurable, its symptoms are manageable with the use of hearing aids, reconstructive surgery, and other assistive practices and devices. The syndrome occurs in approximately one in 50,000 births in Europe. 4

The signs and symptoms of Treacher Collins syndrome vary from one person to another with some people remaining undiagnosed since they are mildly affected while others suffer severe facial involvement as well as life-threatening compromises. Most of the signs are asymmetrical and can be recognized at birth. 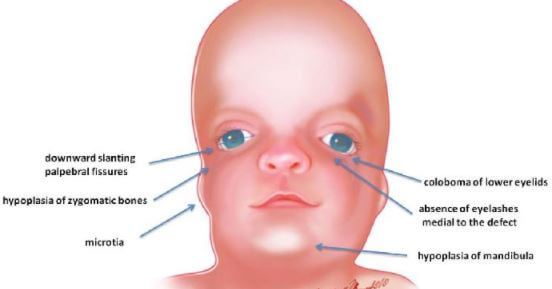 However, it is important to note that people affected with TCS have normal intelligence. Quality life of TCS affected people may be affected by psychological and social problems attributed to facial deformities.

For comprehensive and stage-based differentiation of diseases, there was the development of OMENS classifications. OMENS is a description of five distinct dysmorphic manifestations called orbital asymmetry, mandibular hypoplasia, auricular deformity, nerve development and soft-tissue disease.

For prenatal diagnosis, chorionic villus sampling (amniocentesis) is used to detect mutations in the main genes that are responsible for TSC except for rare mutations. Craniofacial deformities in pregnancy can be detected using ultrasonography though milder cases may not be detected.

The treatment of TCS condition involves the intervention of multidisciplinary professionals. Breathing and feeding are the main concerns as a result of hypoplasia of mandibular as well as obstruction of hypopharynx by the tongue.

Tracheostomy may be required for maintenance of adequate airway as well as agastrostomy, which ensures adequate caloric intakes while taking care of the airway. Corrective surgical operations can be performed to the face at various ages according to the developmental state. The treatment guidelines are as follows: 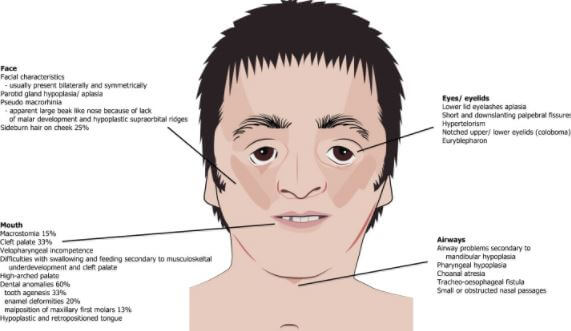 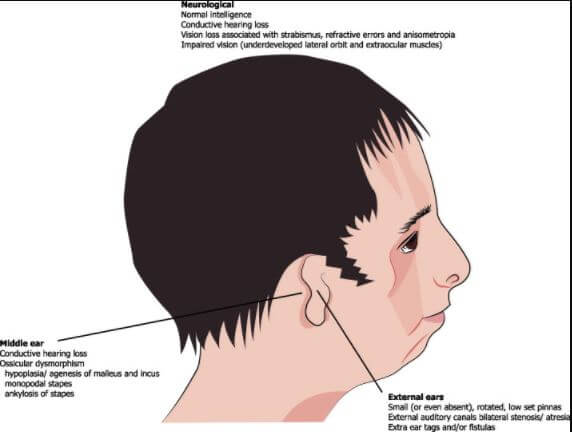 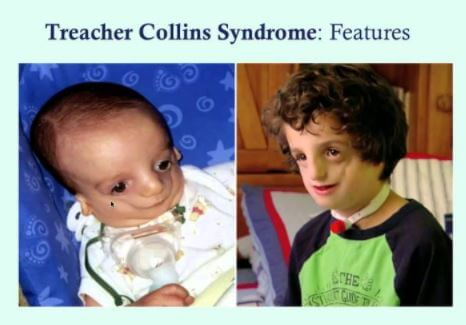