Urosepsis is a medical condition where the blood has been infected with bacteria that originated from an infection in the urinary tract. Most urinary tract infections can be detected long before they even have a chance to backflow into the circulatory system.

More often than not, these infections start at the exit of the urinary tract which is the urinary meatus and slowly work their way up. If the infection is contained by the immune system, the bacteria have little or no chance to ascend.

But if given enough time to ascend through coupled with an immunocompromised patient, the bacteria can race their way back into the kidneys before disseminating into the blood stream which is highly catastrophic.

The signs and symptoms of urosepsis are coincident with that of septic shock where the body reacts violently to the presence of bacteria in the blood stream by attempting to neutralize as much bacteria as it can.

This is disastrous as the body is incapable of handling such stress on multiple organs which leads to the diagnosis of multiple organ failure as the bacteria are destroyed in vital organs that also include the organs themselves.

The eye is a delicate sense organ that is comprised of highly specialized tissue dedicated to receiving and processing visual information from the environment. These goes hand in hand with basic survival functions such as seeking food, identifying threats and potential mates.

The Urinary system is peculiar in that Urosepsis results from an infection that has not been given due attention. Urosepsis signs and symptoms develop late into the urinary tract infection and urosepsis management is based upon the most likely organisms responsible for the blood infection.

There is a difference however in the urinary system in males and females. Females are more susceptible to infection due to the shorter urethra they have compared to males. With this frequency of urinary tract infection that can go ignored, there is a higher rate of urosepsis in women. 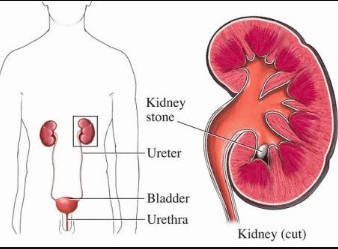 Once able to overcome the immune system, the bacteria begin to move upwards from the urethra all the way to the kidneys where the blood filtration apparatus is located.

Once the bacteria penetrate the kidneys, specifically the nephrons where the blood filtration takes place, the bacteria can then be seeded into the blood stream where they can disseminate and multiply into other organs in the body such as the brain, the lungs, the liver or the intestines.

The urinary tract is almost always invaded from the exterior by way of the urethra. The regular flushing of the urinary tract with urine serves as a defense against invading microorganisms.

Women have more than 10 times as many urinary tract infections as in men because the distance between the urinary bladder and skin (i.e., the length of the urethra) is 5 cm in women, in contrast with 20 cm in men.

From puberty until menopause the vagina is protected from pathogens by a low pH resulting from catabolism of glycogen in the normal epithelium by lactobacilli. Antibiotics can kill the lactobacilli, allowing overgrowth of yeast, with resultant vaginal candidiasis.

Infectious agents establish infection and damage tissues by any of three mechanisms:

The following are signs and symptoms of urosepsis: The patient will most likely be already in the beginning of a state of shock and immediate medical attention must be given.

The treatment of urosepsis will require supportive therapy to assist the patient in the initial to moderate stages of shock.

Intravenous fluids to maintain circulating volume are crucial to prevent multiple organ failure. Lactic acidosis is another concern as the more cells are harmed the more deleterious the effects are to other cells in the human body.

A culture is necessary to isolate the most dominant bacteria responsible for the urosepsis but there must also be a concurrent intravenous administration of broad spectrum antibiotic already in place to stall the blood infection. If the patient is able to muster the strength to fight of the infection, the patient can expect to recover within the month.

Unless there are complications that are arise from multiple organ failure which carry a poor prognosis in cases of hypoxic encephalopathy, fulminant hepatic failure, widespread kidney damage and the like, the patient has a good prognosis. 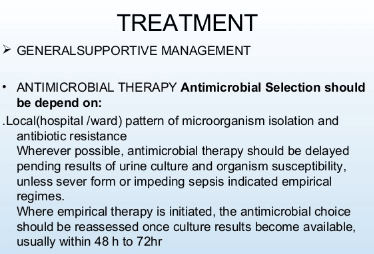 Urosepsis comes about as an acute asymptomatic infection of the urinary tract the may actually progress to become a full blown blood infection.

Hygienic practices in both genital care and sexual practices may reduce the incidence of these infections. Should ever the signs and symptoms of urosepsis arise, the patient needs immediate medical attention as the results of multiple organ failure are catastrophic and lethal.