What is Stockholm Syndrome?

There are a number of events in the past where victims have developed bonds with their captors. This phenomenon is dubbed as Stockholm syndrome. Through the years, psychologists have expanded their understanding regarding this phenomena [1, 2]. 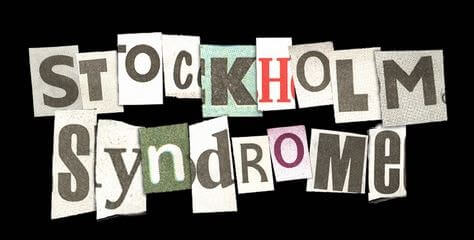 The name of the syndrome is based on where the event was first observed. It is based on a Stockholm bank robbery that occurred in 1973. Four people were held at gunpoint during the 6-day siege. These people were held at gunpoint, kept inside a locked vault, forced to wear nooses around their necks and at times will be strapped with explosives. When the police had the chance to rescue the hostages, these people fought them and took the side of their captors. After the siege, one of the released hostages have set up a fund for the legal fees of the bank robbers. This event have shocked psychologists from around the world and gave birth to what we know now as Stockholm syndrome [1, 2, 3].

Based on the number of events where this phenomena have been observed, psychologists have said that the syndrome may occur if the following features are present [2, 3].

Although this syndrome is initially seen in those who were kidnapped or taken as hostage, Stockholm syndrome may develop in these groups of people [2, 4].

The following symptoms can be found in individuals who is starting to develop Stockholm syndrome [4].

When a captive who had developed the syndrome towards the captor, he/she may find it hard to be away from that person. The time that they have shared together have become the shackles that ties him/her to the captor. The best treatment for this is for them to undergo therapy and to be reassured by their loved ones [4].

The importance of family support is very important for the previous victims to get over their attachment to their captors. It must be understood that what had happened can be linked to the feeling of isolation during the period. They must be reassured that they are not alone and that the family is there to provide love. They must not be pressured because it will only be met with resistance. The communication and support must always be available but not forced [4].